An Introduction to Trading on Prediction Markets

Some bets are riskier than others. Consider the following two bets: (1) a gamble costing 0.45 on the outcome of a flip of a fair coin paying out 1 if the coin lands “heads” and (2) a gamble costing 0.75 on a die roll paying out 1 if the die shows a number other than six. The first gamble (on the coin flip) has a healthy expected return of 11%. This is the same expected return as the gamble on the die roll. These gambles differ, however, in their risk. If forced to choose between these two gambles, most people would choose the second as it is less risky.

A quick way to get an intuitive sense of risk is to do some simulation: evaluate the risk of an individual gamble by reflecting on the gain or loss associated with making the gamble 100 times. (Make the assumption here that outcomes of these repeated gambles are independent.) Figure 1 compares the distributions of returns associated with making each wager (the coin flip and the die roll bet) 100 times. The relative riskiness of the wagers is easy to see. Whereas in the coin flip case the probability of losing money over 100 independent bets is 14%, the probability of losing money in the die roll case over 100 independent bets is 1%. 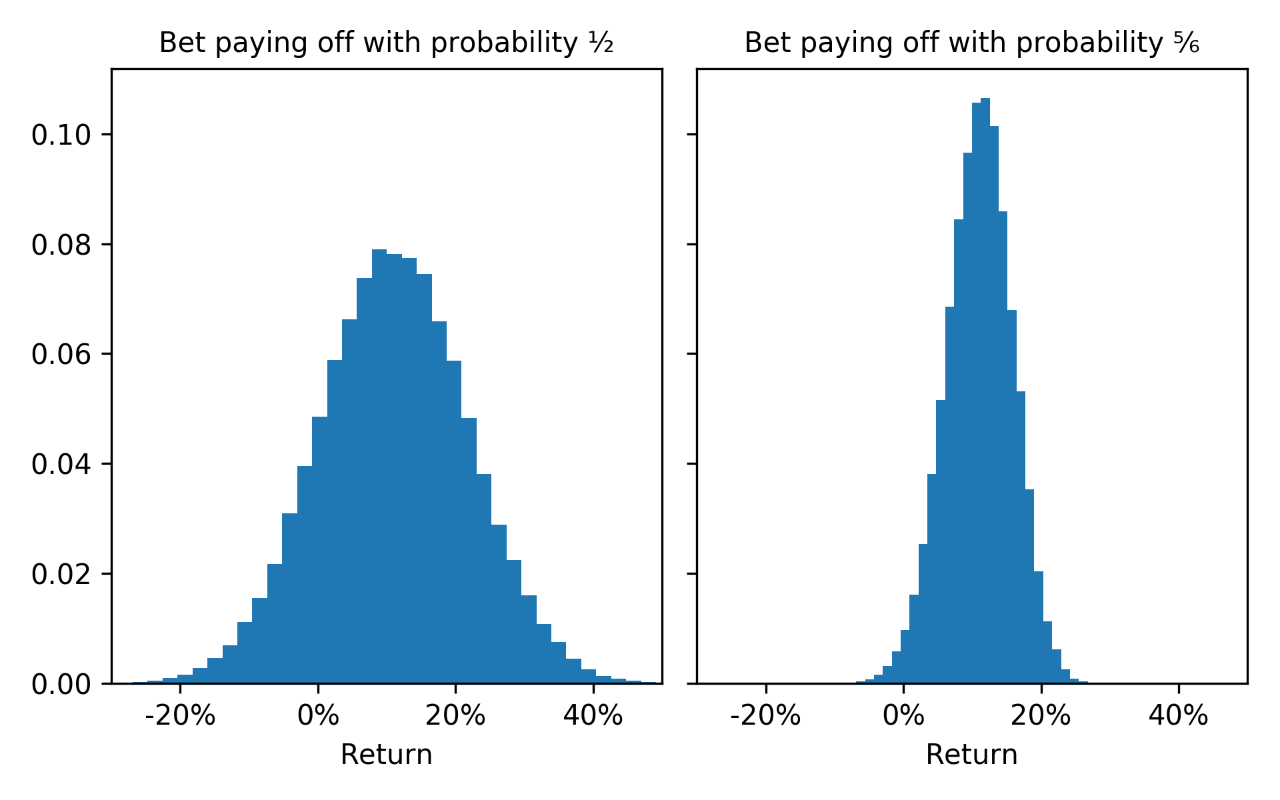 Figure 1: Return on two different repeated (independent) gambles. Each figure shows the return associated with making a specific bet 100 times where the outcome of each bet is independent. The expected return of both bets is the same.

If the prospect of losing money concerns us more than the prospect of winning money—and there exist principled reasons for adopting such a stance—then we are “risk-averse”. We prefer the wager with the lower risk.

This post is part of a series. The most recent post in the series is “The Expected Return on a Bet.” Learn when new posts appear by subscribing (RSS).